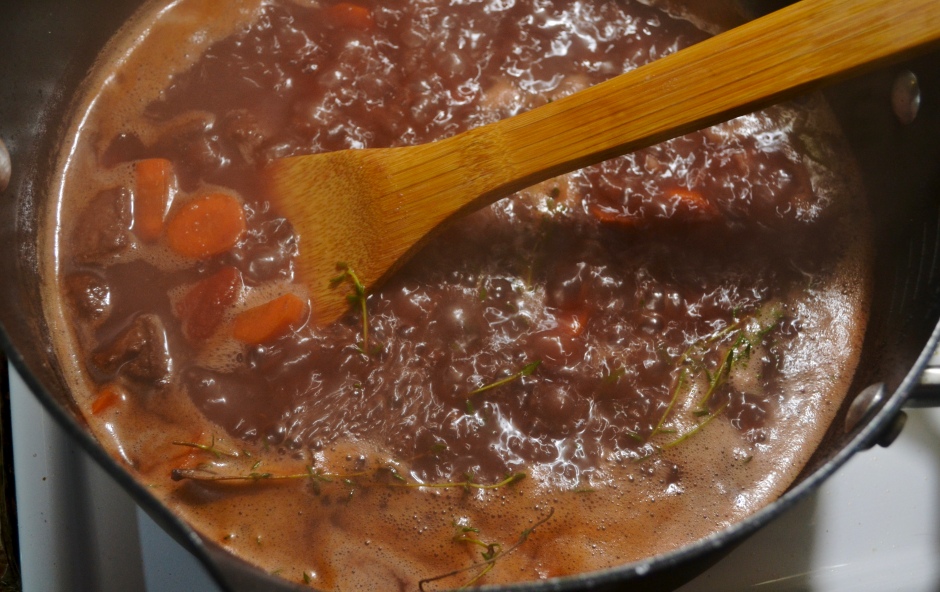 I first fell in love with cooking through the famous French chef Julia Child. She had such an incredible way about her when it came to her love of cooking, and finding her passion in making French cooking accessible for Americans. I watched Julia and Julia, read books about her, watched her hilarious cooking show: The French Chef, and bought every cookbook of hers I could find. When I began transitioning into becoming vegetarian, I still appreciated her but knew that I may never be able to continue cooking with her and creating her recipes. 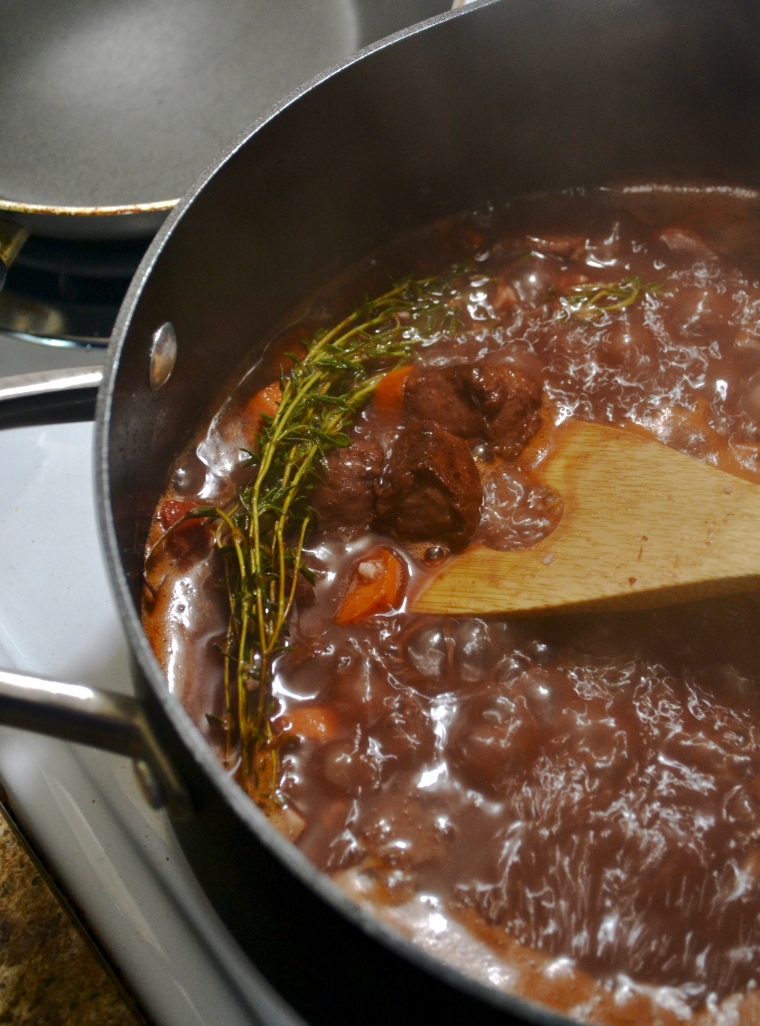 Recently, I’ve been trying to veganize just about everything… from chicken noodle soup to California sushi rolls. I knew the ultimate vegan challenge would be to take on any of Julia Child’s recipes, specifically her famous Boeuf Bourguignon. After some research, I came up with the perfect game plan on how I was going to tackle this flavorful, butter filled recipe making it 100% vegan, and I think I did it! 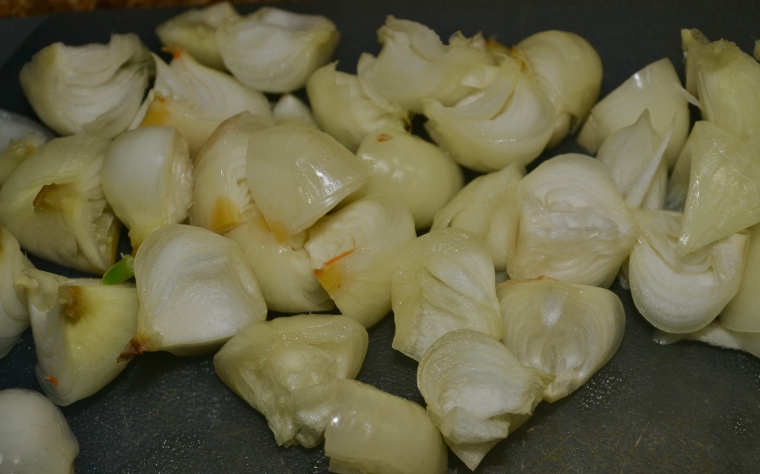 I absolutely love Gardein’s Beefless Tips and knew they’d make the perfect vegan beef substitute. The only tricky part of adapting this recipe was finding the perfect vegan beef broth, which was much easier than I had anticipated. I found Edwards & Sons Not-Beef Bouillon Cubes which you can actually find at Walmart! They were super inexpensive and I’ve been using them in lots of other dishes as well. 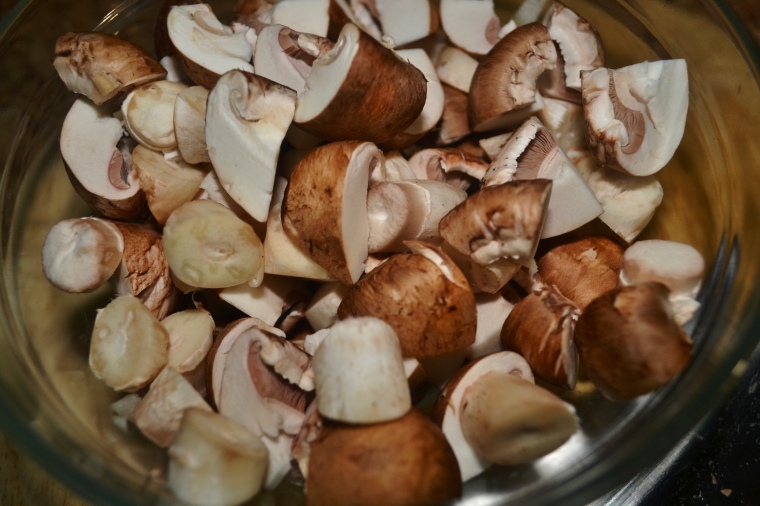 Because this was a Julia Child recipe I made sure to have a heavy hand when it came to the butter. I used Earth Balance which is by far the best non-dairy butter out there. If you’re looking to make any changes in the direction of a more plant-based diet I highly recommend switching out your dairy butter for Earth Balance. You can find it in just about all grocery stores, and it will blow your mind… it’s the perfect alternative to butter.

I don’t normally sauté my veggies in butter, I usually like to just use vegetable stock or a little bit of oil but in honor of Julia, I sautéed the mushrooms and onions in Earth Balance. It definitely adds a richness and depth to this already delicious recipe.

I originally thought this recipe was going to take all afternoon, but it really only took about two hours (including cook time) and was much more simple than I had thought it would be.

I highly recommend pairing the Boeuf Bourguignon with some side dishes, like green beans, mashed potatoes, a simple French bread loaf, noodles, or steamed veggies. I chose green beans and mashed potatoes to go alongside the dish. 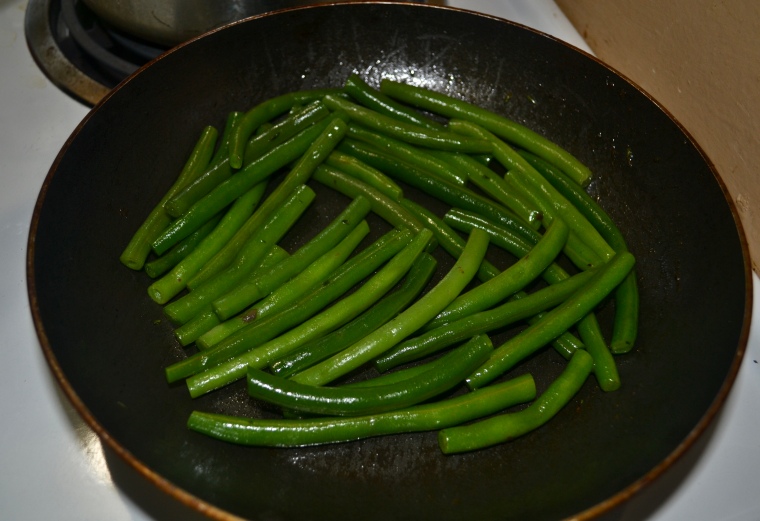 The green beans were simple to make, all I did was par-cook them (throw them in boiling water for about 5 minutes, transfer to an ice bath and let cool down) then sauté them in Earth Balance with some salt and pepper.

The mashed potatoes were also super simple… wash, cut and boil some potatoes (I used golden yukon) until they are soft. Drain them and return them to the same pot, use a fork or potato masher to mash the potatoes until they’ve reached your desired consistency. I like to add some salt, pepper, a little unsweetened soy milk, and a little Earth Balance.

And there you have it! A delicious vegan take on a classic French dish. This is the perfect dinner to make for anyone you’re trying to impress… including yourself! It’s incredibly simple, yet taste like it took all day to make. It just goes to show how easy it is to veganize recipes that seem impossible to make vegan. 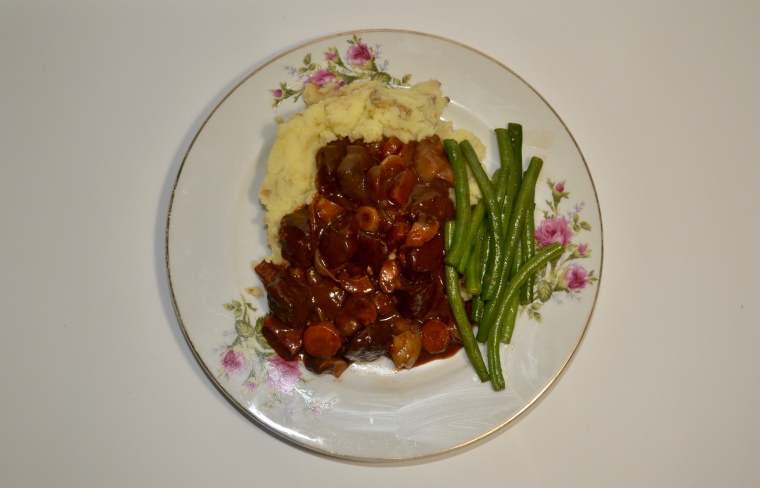 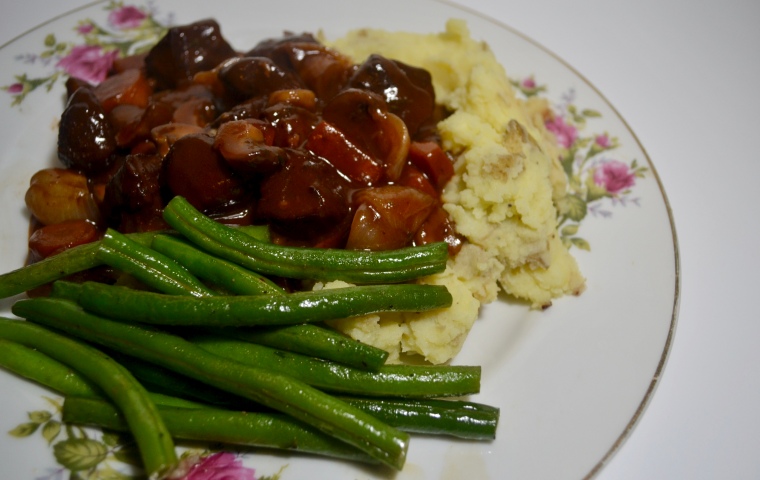 Want to save this recipe for later? Pin it using the image below!

If you made this recipe, let me know what you thought in the comment section below!